Getting To The Bottom Of Buttock Augmentation 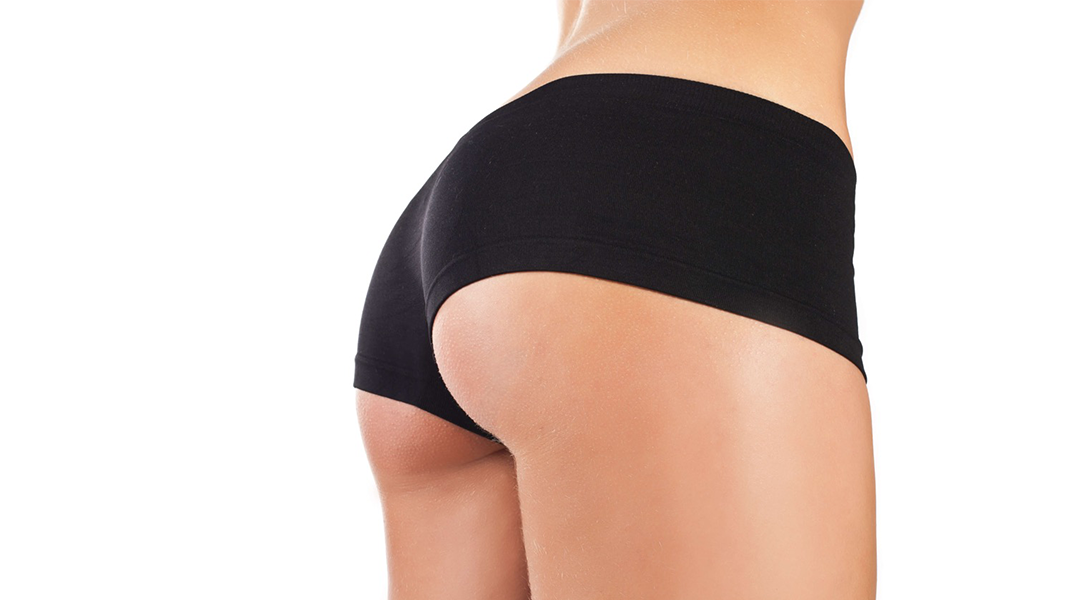 Fortunately, fashions change. Shoulder pads and big hair went in and out of the 80’s quickly…thank goodness! This rate of “fashionable” change in today’s culture is certainly influenced by television, movies and social media. Even the Kardashians butted their way into our cultural consciousness and almost overnight a great deal of attention moved to the rear.

Buttock augmentation and buttock aesthetics are not a new procedure, however they have been championed most recently by Dr. Tino Mendieta, a plastic surgeon in Miami. There are several procedures plastic surgeons can use to sculpt and enhance the buttock including: placing silicone implants in the Gluteus Maximus muscle, or the “Brazilian Butt Lift (BBL)”. The BBL is a form of augmentation that involves liposuction of the trunk/thighs, then reinserting the fat into the buttock to reshape and enhance the rear view.

The initial excitement over routine placement of buttock implants faded as quickly as the mullet cut and Harem pants…how were these ever a thing? The high complication rate including malposition and incision breakdown contributed to their becoming less fashionable. Of course, this option may be the only alternative for patients with limited fat for transfer.

In my practice I find buttock augmentation, utilizing fat transfer, has worked well for my patients who want to reduce fluffy areas and at the same time enhance buttock volume. It is a win-win scenario. Liposuction is performed through small, inconspicuous incisions to remove the fat cells and then inject fat back into the muscles of the buttocks through one tiny incision. This gives a smooth, natural feel & contour to the buttock which is contrary to initial misconceptions on fat transfer.

Approximately 60% of the fat cells will survive transfer to maintain volume and shape long term. The remainder of the fat cells will be resorbed by the body in about three months. In 25 years of practice as a plastic surgeon I have found most of my female patients are interested in reducing the size of their rear ends. However, those with “flat, little old man butts” (and you know who you are) not only benefit from additional volume to their buttocks, but also find their enhanced shape appears more feminine and clothes just fit better.

So, what is the recovery like? My patients wear a compressive garment for six weeks after the procedure and can return to work within 7-10 days. The discomfort is controlled with pain medication and usually resolves around four weeks after surgery. I caution all my patients to avoid extremes and to remember elegance and pretty never go out of style.